Full Photoshop on Your Apple iPad in 2019 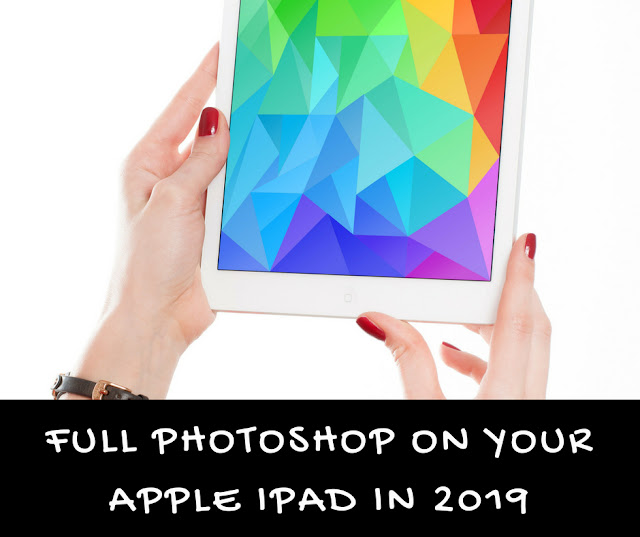 Yes you’ve read the headline right, finally its going to happen. Apple and Adobe are working on an iPad which can run Full version of Photoshop.
It’s no secret that hardware performance in mobile devices is progressing so rapidly that it’s been seriously changing the way smartphones and tablets are used by creative professionals, especially visual artists. With modern innovations like Microsoft’s Surface and the Wacom Cintiq Pro line with the built-in Pro Engine, retouchers have had the option to work beyond the traditional office desk setup, granting unlimited ability to retouch at a professional level, just about anywhere.

Unfortunately, current professional display tablet options are still sitting at price points which are out of reach for many, but we can rest assured that the fact has not gone unnoticed by tech manufacturers. Over the last couple of years we’ve been seeing more and more third party manufacturers offer alternatives to Wacom’s comprehensive product line, which is still regarded as being the standard for photographers and retouchers.

That said, Apple and Adobe have announced that iPads will be able to run the full version of Photoshop sometime next year. Despite slow sales of the companies tablets, the recent release of the iPad Pro sparked new interest, but fell short for retouchers, due to only being able to run Adobe mobile apps. Given this latest announcement, however, we can expect interest to be restored for many retouchers. No doubt, Apple is hoping to put a dent into Wacom and Microsoft’s market share.

Current reporting tells us we won’t see this implemented until sometime in 2019. But we can expect to hear more at this year’s Adobe Max conference which takes place this October. Regardless, Adobe’s commitment to working with Apple is pretty clear.