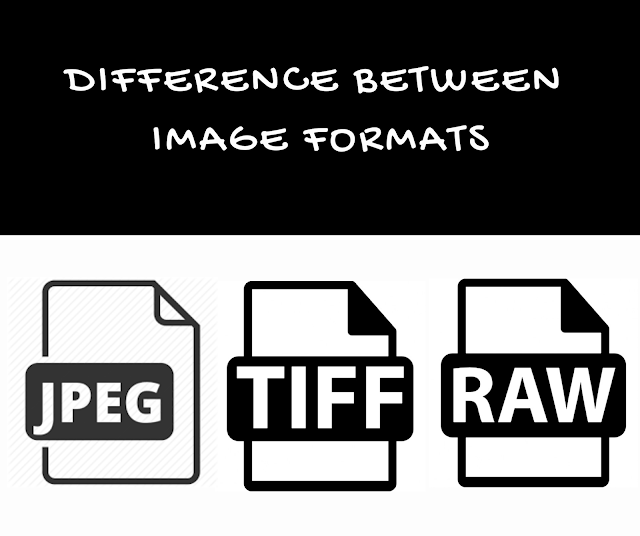 JPEG, TIFF and RAW are image file formats that nearly all DSLR cameras can use. Beginning cameras typically only offered JPEG file formats, but now most of the DSLRs can shoot in JPEG and RAW simultaneously. And only some high end DSLRs offer the TIFF format as it’s the best among all three and most of the professionals prefer this. Continue reading to learn more about each type of photo file format.

JPEG
JPEG is the standard image format in digital cameras, especially inexpensive point and shoot cameras. JPEG uses compression format to remove some pixels that the compression algorithm deems unimportant, thereby saving some storage space. The compression will take place in areas of the photo where the colors of the pixels repeat, such as in a photo that shows a lot of blue sky. The software inside the camera will compute the compression level at the time the camera saves the photo, so the reduced storage space occurs immediately, saving space on the memory card.
Most photographers take photos in JPEG format as it is the standard format and every DSLR supports this format and you can use JPEG files anywhere like website, social media and even for printing. JPEG is also good for post production process as long as your main focus is not color correction as the final result of color correction in JPEG is not as good as TIFF and RAW.

TIFF
TIFF is a compression format that does not lose any information about the photo's data. TIFF stands for Tagged Image File Format, TIFF files are much larger in data size than JPEG or RAW files. TIFF is a more common format in graphics publishing and printing industry, usually photographers don’t shoot in TIFF unless the project where a TIFF file format is required. Very few cameras have the ability to shoot in TIFF. TIFF is not a good choice if you want to post the photos on your website or anywhere on the social media this is also the reason why photographers don’t usually shoot in TIFF.

RAW
RAW is close to film-quality, requiring a lot of storage space. As the name suggests RAW means unprocessed therefore the digital camera does not compress or process a RAW file in any way. Some people refer to RAW format as a "digital negative" because it doesn't change anything about the file when storing it. The RAW format may be called something else, such as NEF or DNG depending on your camera manufacturer. All of these formats are very similar, even though they use different image formats.
Few beginner-level cameras allow RAW format file storage. Some professional and advanced level photographers like RAW because they can perform their own editing on the digital photograph without having to worry about what elements of the photo the compression program will remove, such as with JPEG. RAW is best for post production process and it is preferred by most of professionals as editing is one of the main part of photography to get the final result as you want and specially it is preferred by glamour photographers and digital artists.
One disadvantage of shooting in RAW is the large amount of storage space required, which will fill your memory card quickly. Another issue you may encounter with RAW is that you cannot open it with certain types of image editing or viewing software. And it is also not best for social media as most of the social media platform does not support RAW files.


Which is best for you?
Unless you're a professional photographer who is going to make huge prints, a high-quality JPEG setting is probably going to meet your needs for photo data. TIFF and RAW are senseless for many photographers unless you have a specific reason for shooting in TIFF or RAW, such as the need for precise image editing or you need to make huge prints.